The Per-Station Radar upgrade lets you view unfiltered weather data directly from one of the 150+ ground radar stations MyRadar collects information from. You'll be able to see reflectivity and velocity at 3 elevations ("tilt angles"), as well as composite of all 3.

When you use the Per-Station radar, you'll see a bunch of small tower icons all across the United States. These represent the 150+ ground radar stations that we pull from. 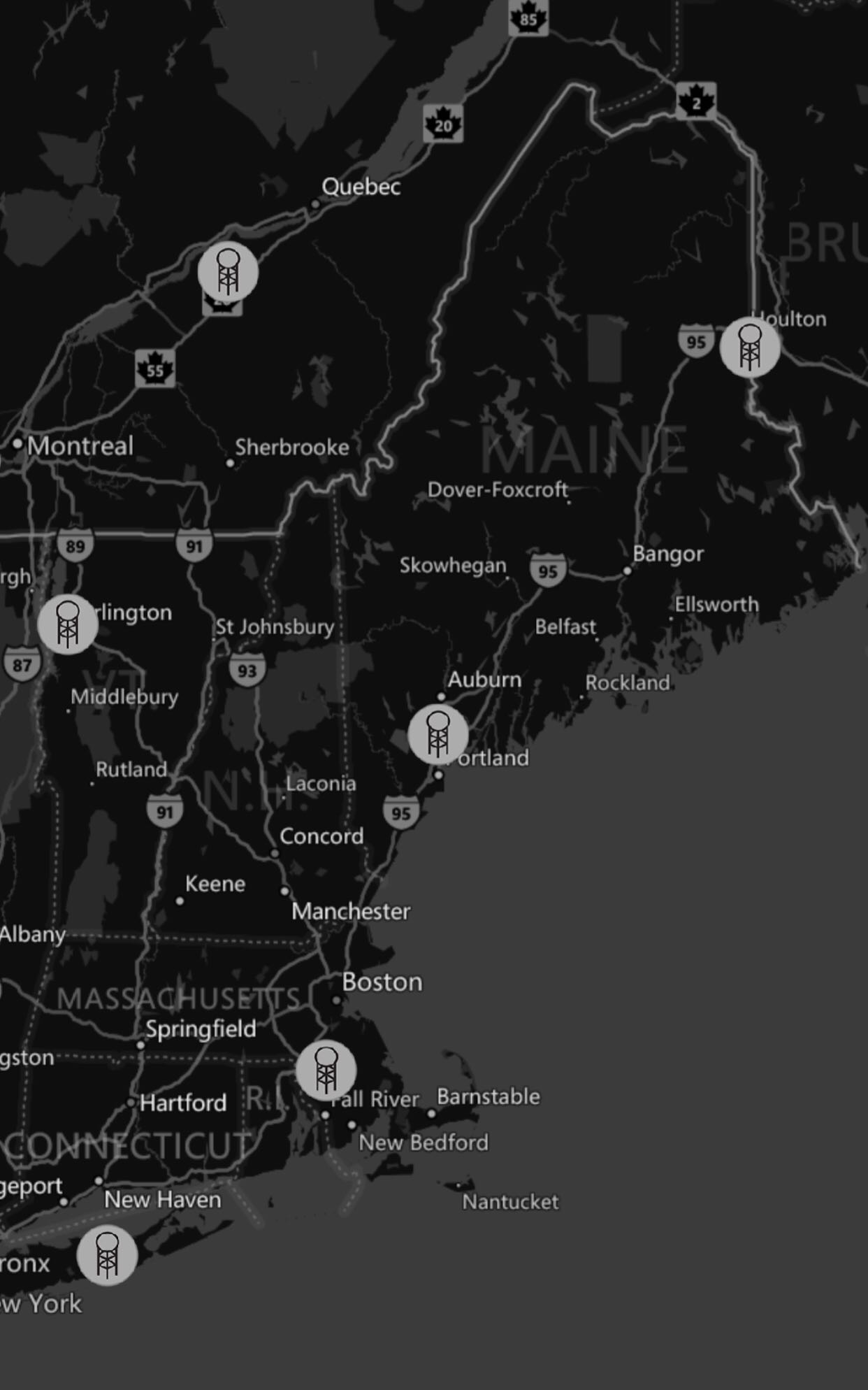 Tapping on one of the icons will show you the radar data pulled from that station. In the Example below, we've selected radar station KGYX in Portland, Maine. When we tap on it, the composite of all 3 elevations show up on the map as shown below. 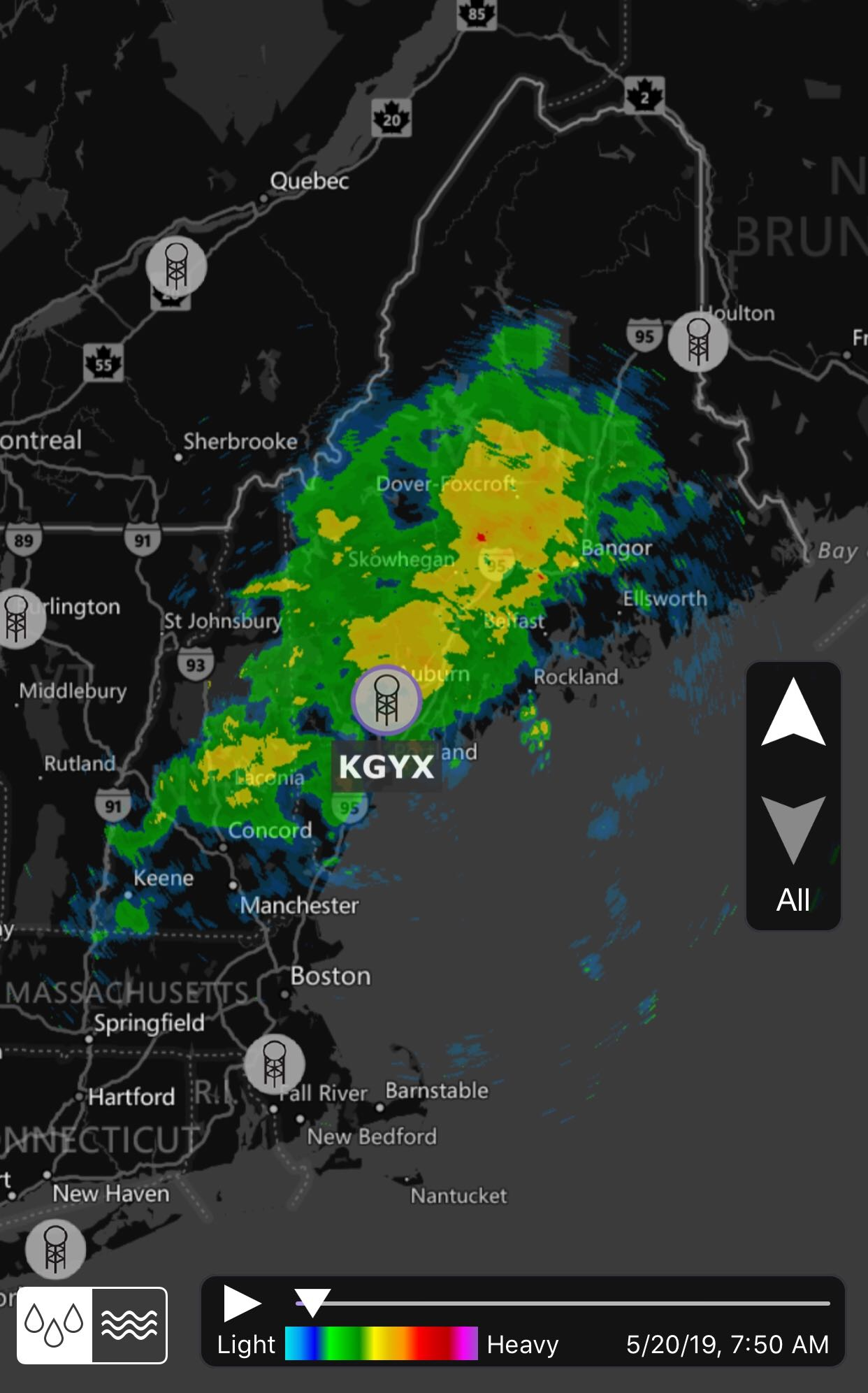 Note that when you are viewing the Per-Station radar, you will only be able to see the selected radar station's data. This weather pattern stretches out to some of the surrounding radar stations, but because we are only viewing KGYX's data we cannot see anything outside of that station's reach.

Here is an example of the 3 different elevations. You can see on the right side of the screen an E followed by a number - this shows you what elevation angle you're at. Tapping the upwards arrow while on the 3rd elevation angle will show you a composite of all 3.